Why is it that the people behind the scenes never get the credit they deserve? For example, the stuntmen in movies hardly ever get recognized and frankly, no one cares about them. They are portraying themselves as the main actor, therefore giving up their own identity. This loss of identity may have been an ongoing thing from the past, many many years ago.

As the new year is beginning to unfold, new topics have been arising in the world, such as the women’s rights movements, Trump protests, and much more. But more importantly, new topics in my humanities class have come up such as the ancient story of the Incan empire and the rude intrusion of the Spaniards who ruthlessly conquered the Inca. The Incan empire was a vast kingdom in which the Incan culture thrived, internal systems were built, and the people developed tight-knit communities. However, the Spaniards came trooping into Inca land, conquered the people, and declared themselves king and rulers over the Incan people. They “colonized” these indigenous people but treated them as virtual slaves, calling them m’ita, making them farm and harvest food for their superiors, fight battles that were not theirs to fight, and do labor-intensive works. 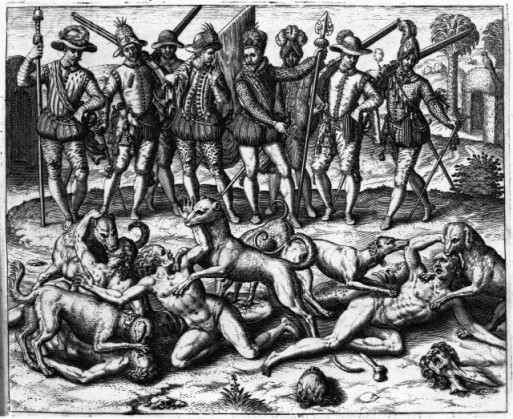 An example where the indigenous were treated as pigs was at the Potosi. These were silver mines (more like labor fields) that the Spanish thought to be a place as holy and pure as the Virgin Mary. Spaniards believed this was a place given to them from god because they were “superior.” From the outside of the city, Potosi seemed to be a beautiful, productive, and fruitful piece of land, but that was not the case, as shown in the image above. Although the Spanish considered it to be a holy place where many tasks were accomplished, Potosi was an evil place where the indigenous people were treated like animals, doing all the dirty work only for the Spaniards to reap the fruit.

Going off of the cruel behavior of the Spaniards, I believe it is crucial that people see and understand what happens behind the scenes of a successful city or person. For example, the stuntmen in movies. Whenever an action movie is filmed, there are hundreds of staff to help the actors and stuntmen to get the right effect on camera. However, these stuntmen never really get much credit and are not even remembered or appreciated by the viewers. Only the movie production staff will ever know how hard they worked to get the right shots for the movie. The behind-the-scenes people are never noticed and given the amount of credit they deserve from the world. People only care about the product and what they see at the moment on the screen, good or bad.

I believe that like the unnoticed production staff, the Indians deserve more credit for their physical, forced labor which literally built the empire that we know today. Every person contributes something whether or not they are the superior or the behind-the-scenes worker. Never judge a book by its cover and never underestimate the credibility of the people who do what seems like the small and insignificant works.